Skip to Main Content
It looks like you're using Internet Explorer 11 or older. This website works best with modern browsers such as the latest versions of Chrome, Firefox, Safari, and Edge. If you continue with this browser, you may see unexpected results.

Government: Where ideas for new laws can come from

Where ideas for new laws can come from and how they become law.

Writing amendments in the Senate 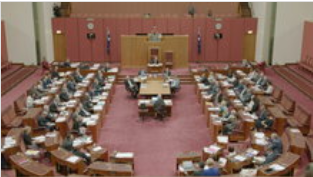 The rules that guide the House of Representatives 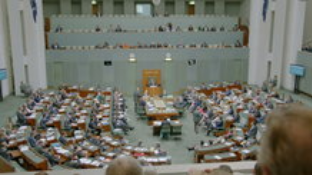 Annabel Crabb explains some of the rules that guide the House of Representatives – also known as the Lower House – where Members of Parliament argue about and vote on new laws for Australia. Why would a politician hold paper over his or her head when speaking in the Lower House? What happens when all the clocks in the building start ringing at once?

Making a law in the Australian Parliament

This fact sheet explains the law-making process in the Australian Parliament. It also describes where ideas for laws come from and the history of law-making in the Parliament.

This unit of work explores aspects of the Curriculum that deal with key concepts relating to Australia's federal Parliament. The resource is divided into three sections which explore the key institutions of Australia's democratic system of government; the roles and responsibilities of the three levels of government; and how federal laws are passed through Parliament. It contains lessons, differentiated activities, assessment items and a marking rubric.